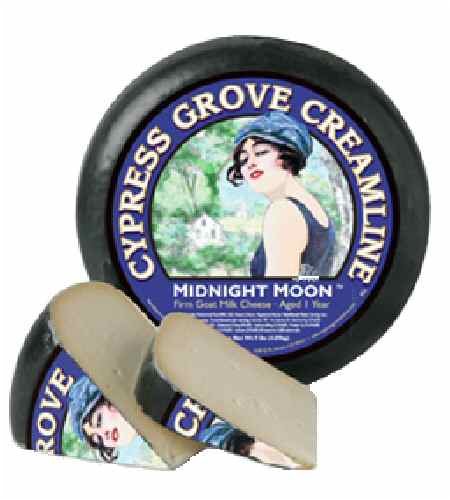 Midnight Moon is aged for at least one year, resulting in a cheese with a nutty and brown-buttery flavor, with prominent caramel notes. This artisanal gouda-style cheese has a beautiful pale, ivory color, the texture is firm and dense and the taste is smooth with a slight graininess long-aged cheeses have. The wheel is finished in a beautiful black wax that accentuates the pale paste. 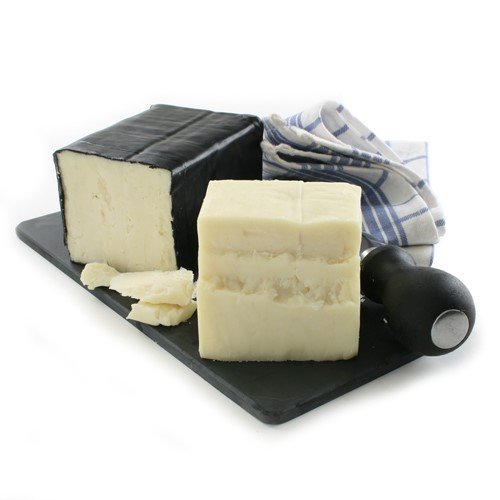 A firm goat cheddar aged over 12 months using traditional ripening methods, this cheese has won every major Canadian and American cheese-making award in its category. It has an exquisite, fine and deep flavor with a smooth, buttery texture. Made from pasteurized goat's milk, Chèvre Noir hails from the small village of Chesterville in Quebec, Canada. Created by Fromagerie Tournevant, a goat dairy started in 1976 by Lucie Chartier and René Marceau, Chèvre Noir is made in the style of a cheddar but from 100% goat's milk. It is enrobed in black wax, denoting its special place in the cheese world. Chevre Noir has a close, cheddary texture, speckled with occasional crunchy crystals that bespeak its advanced aging. This approachable cheese is more mild than most people would expect out of a goat cheese, with a buttery, salty sweet character. Serve cool with fruits and nuts accompanied by a Port or premium beer.Made from pasteurized goat's milk.Photo depicts whole 2.2 lb. form of cheese.We cut and wrap this item by hand. 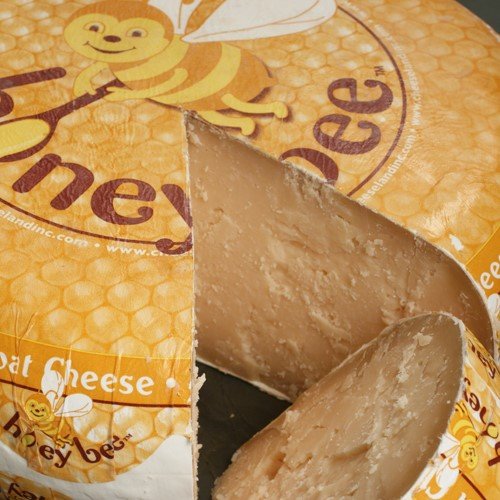 We all love this goat cheese! It is amazing what just a little honey can do to a goat's milk cheese. This gouda has a light nutty flavor with a hint of sweetness, like honey roasted cashews. Aged for six months, Honey Bee is full of flavor, but neither too strong nor too salty. Its smooth texture makes it easy to slice or cube. The Honey Bee goat cheese is a wonderful snacking cheese. It is easy to see why kids love it as well. If you like our other flavored goat cheeses like Capra Honey Goat or Dorothea, you're sure to agree that this is beelicious!Made from pasteurized goat's milk.Photo depicts whole 10 lb. form of cheese.We cut and wrap this item by hand. 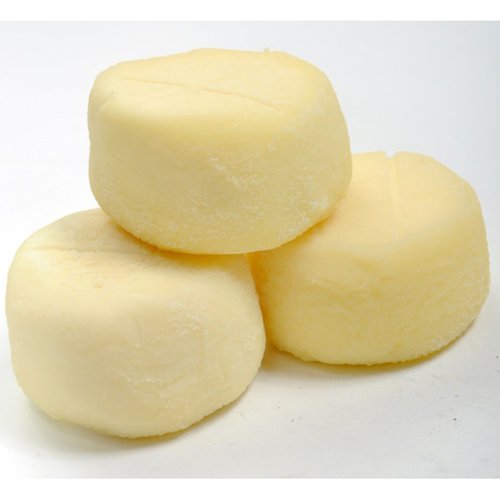 Crottin is a cave aged goat cheese, notably the most famous cheese produced in the Loire Valley of France. The people of the town of Berry have been aging their Crottin in caves since the 16 th century. Crottin can be enjoyed during manyin the mood for something special, but its rich flavors and textures and elegant presentation make it perfect to serve as an appetizer with sliced fruit or olives. Try pairing Crottin with a sparkling wine; the different mouth feels will c ompliment each other nicely. If you don't care for sparkling wines, a Pinot Noir would also do your Crottin justice. 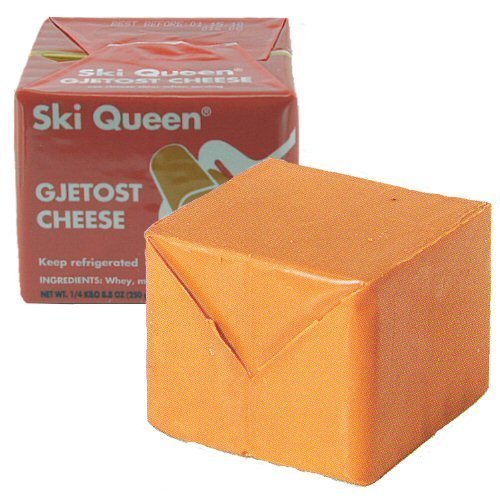 A traditional Norwegian favorite, Ski Queen Gjetost is a firm, brown, naturally sweet cheese made with goat's milk and cream. Typically Gjetost is served with breakfast on sliced bread. 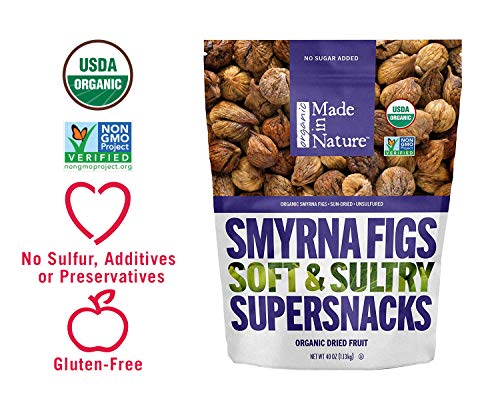 Enjoy the succulent flavor of figs all year round with Made in Nature Calimyrna Figs. Calimyrna Figs offer an intriguing texture and a naturally sweet flavor that is perfect for snacking and cooking. These USDA organic figs are a great source of antioxidants and don't contain any artificial colors, preservatives, or additives. Coming in an attractive box, Made in Nature Calimyrna Figs are a great addition for gatherings and they also make a thoughtful gift.Made in NatureMade in Nature has been 100% organic certified for nearly 25 years. Their fruits are picked at the peak of ripeness and dried without the use of sulfur or additives. The figs are organically grown on sustainable, bio-diverse farms with renewable energy sources farming techniques. The figs are handled in a facility that is completely allergen free and free of nuts, dairy and gluten. 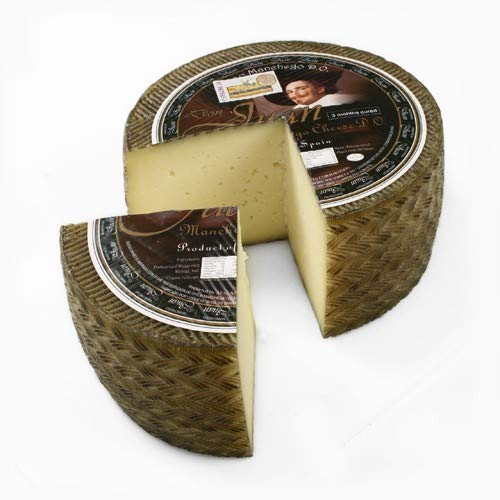 Produced in La Mancha in Central Spain, true Manchego is made from 100% sheep's milk. Cheeses from Spain are commonly made from sheep's milk because most of the territory is rocky and dry; unfriendly to cows but suitable for raising goats and sheep. The abundance of wild herbs on Central Spain's grazing lands gives Manchego a special taste and aroma. Its flavor is zesty and exuberant, while its texture is firm, but not dry. Manchego can be recognized by the zigzag pattern etched into its rind. This is created by the rippled surface of the press used in the production of the cheese. Underneath the inedible rind, the interior is ivory-colored with few small holes. Taste Manchego for the first time and you will be surprised at how long the wonderful flavor lingers on your palate. It is an experience you will be drawn back to again and again.Made from pasteurized sheep's milk.Photo depicts whole 7 lb. form of cheese.We cut and wrap this item by hand. 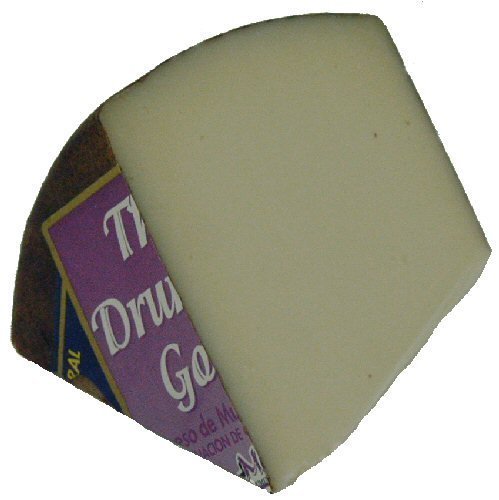 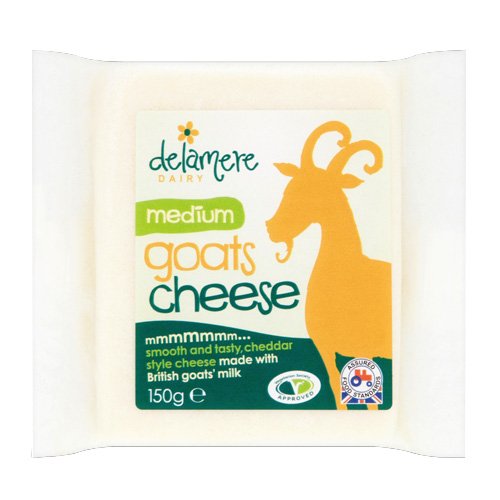 This smooth and savory goat's milk cheese from England's Delamere Dairy is matured for between three and six months, giving it a pronounced cheddary flavor. It can be used in just the same way as you would use a cow's milk cheddar cheese, simply on crackers, in sandwiches, cubed as a snack and in all your favorite recipes. We especially love it on toast.Made from pasteurized goat's milk. 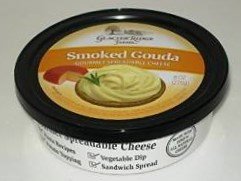 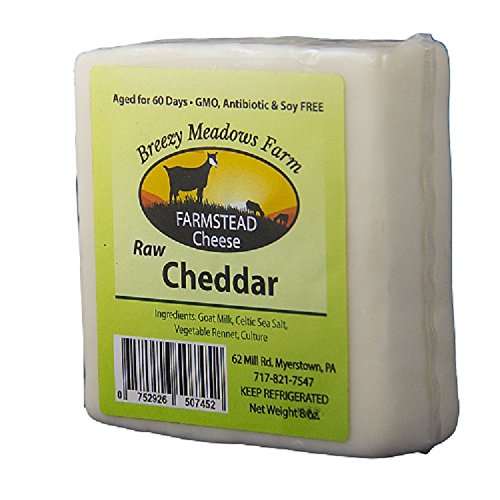 For some of the best raw goat cheese around, Breezy Meadows Farm in Myerstown, Pennsylvania is the place to go. The cheese is made by hand using fresh, unpasteurized goat milk with vegetable rennets and flavoured with organic herbs and spices with no artificial colouring or preservatives. The cheese is never heated over 102 degrees and is aged for a minimum of 60 days before being put on the store's shelf. The herd of goats includes four species and graze in their pasture whenever possible with their diet supplements by hay and soy-free grain. No antibiotics or hormones are ever used and the goats are free to roam around the barn. They are milked twice a day and the milk is cooled promptly for the freshest taste possible. This is the small family farm. Each goat has own name. 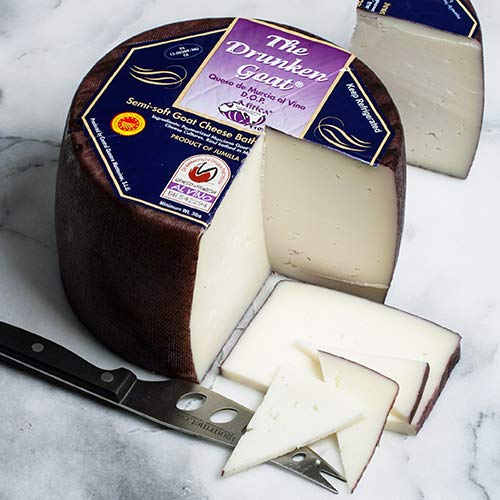 This famous Spanish cheese is a must try! It is a semi soft goat cheese soaked in the traditional style wine of the region, Doble Pasta, which is made from the Monastrell grape. The cheese is aged for no more than 60-75 days, so that you can still enjoy some of the wine's flavors and the rind takes on an attractive violet hue. Drunken Goat is mild and smooth, not goaty, with a touch of fruitiness in the finish. Forever Cheese was the first importer of the D.O.P Queso de Murcia al Vino and since then has been instrumental in helping to protect the D.O.P in the U.S. 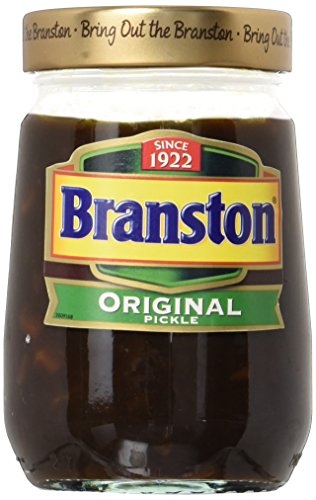 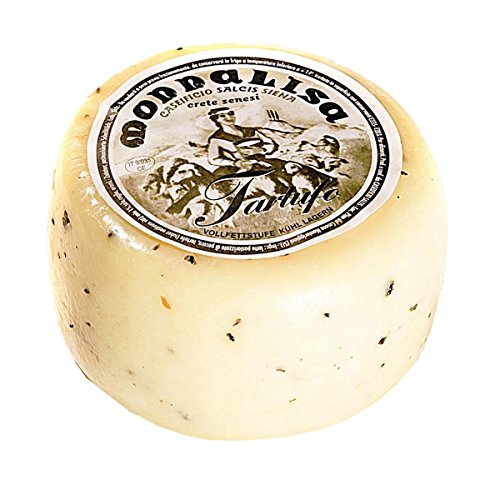 The Truffle Pecorino "Pecorino al Tartufo" is an impressive Italian sheep's milk cheese infused with a good amount of black truffles. It has a buttery/nutty flavor enhanced with the perfect flavor and aroma of truffles. It is aged for thirty days. 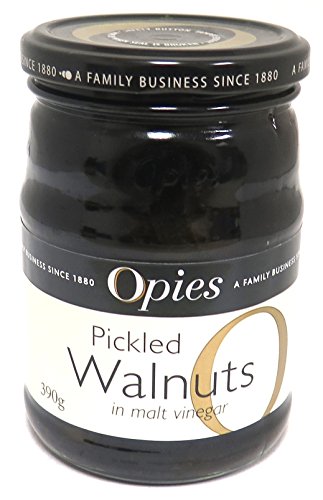 Preserved Black Walnuts are created in a traditional manner, with growing practices that reflect a long-standing respect for the earth. The first step in creating these walnut preserves is when fresh baby walnuts are picked green from the tree before they have a chance to age or grow tough. Cured and then pickled in a malt vinegar solution, these walnuts are completely edible with the shells. Used by five-star restaurants as a garnish for pate, game dishes, and foie gras, we here at igourmet.com find them to add a wonderful molasses-like sweetness to tangy blue cheeses and aged goat's milk chevres.