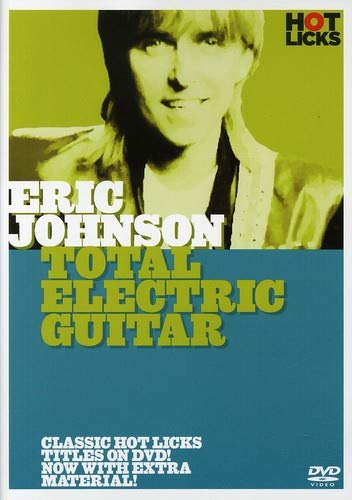 Here is a unique opportunity to study with one of the great electric guitarists. Eric Johnson gives a master class in advanced picking techniques for speed and accuracy, left- and right-hand muting, blues bends, pedal steel-style bends, and unique chord voicings. There is much more too, all adding up to a truly great 90-minute electric guitar lesson from the man of whom Steve Morse said, Eric Johnson is so good it's ridiculous! Languages: English, French, German, Italian, Spanish 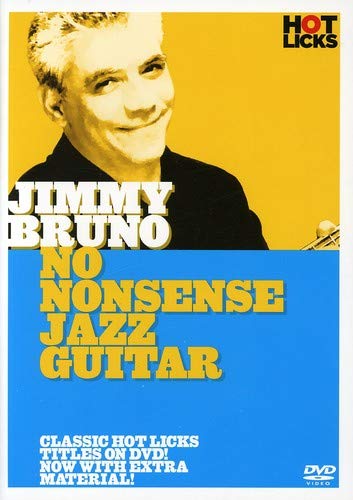 Jimmy Bruno has played guitar with some of the all time greats, including Frank Sinatra, Barbara Streisand and Elvis Presley. He makes even the most daunting techniques accessible to anyone who wants to learn. Jimmy covers II/V/I progressions, changing chord colors, training hands and ears to work together, natural picking techniques, adding bass lines to chords and much more. No nonsense-just great jazz guitar! Languages: English, French, German, Italian, Spanish 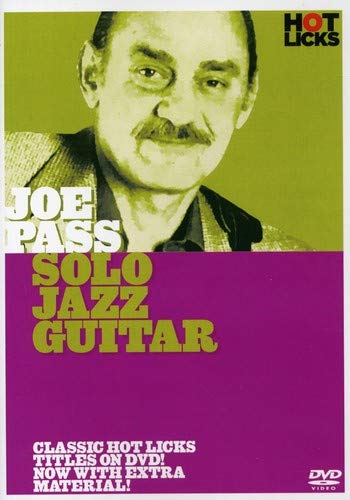 Joe Pass is one of jazz guitar's all-time masters. He demonstrates legendary techniques that will be of value to rock guitarists as well as jazz purists. Joe covers chord melody, chord substitutions, leading tones, chromatic chords, voice movements, and many more special excercises, all with the unique Joe Pass twist. A chance to study with a jazz guitar legend! 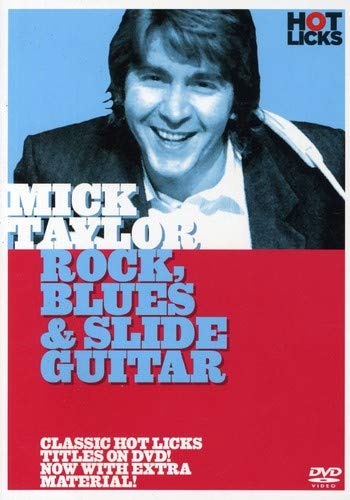 Mick Taylor's career has seen him play with John Mayall, the Rolling Stones, and Bob Dylan. Now all that expertise is on show on this superb disc where Mick takes you through some of his most impressive styles and techniques, including blues bends, vibrato, standard and open-tuning slide, country string bending and more. Mick also jams with Arlen Roth and talks about his playing style. A fine instruction session from one of British rock's great players. 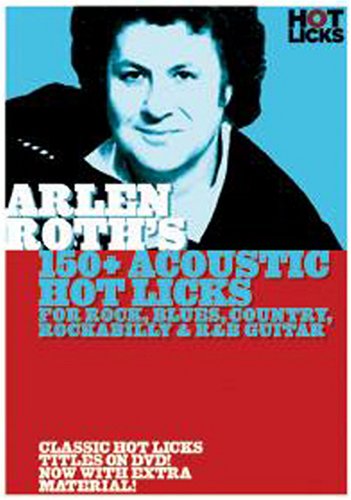 Here's your chance to learn more than 150 original acoustic licks in a detailed lesson from the one and only Arlen Roth. Double-stops, roll patterns, pick and finger style, advanced bending, arpeggios, harmony runs, turnarounds, banjo, dobro and pedal steel styles, chicken pickin' and much more are all demonstrated by one of the world's master player/teachers. 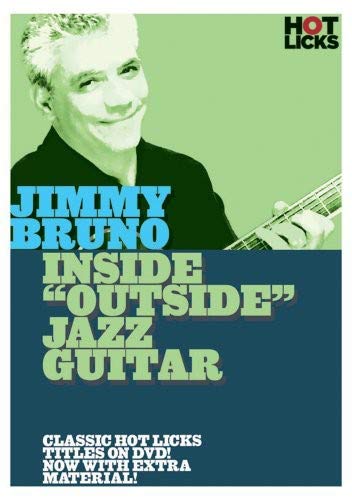 Jimmy Bruno: Inside Outside Jazz Guitar

Jimmy Bruno: Inside Outside Jazz

Jimmy Bruno leads you into more advanced improvisational concepts. Learn about the theory and technique behind his flawless playing. Benefit from his clear, enlightening teaching style as he gives lessons on scales in the five regions of the guitar, how to derive melodies, and how to integrate non-scale or outside notes into your playing to create tension and release. 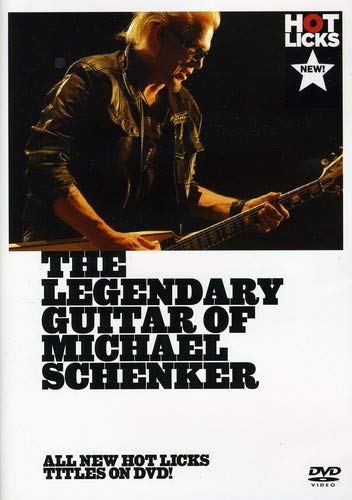 The Legendary Guitar of Michael Schenker

The Legendary Guitar of Michael

This exceptional instruction DVD showcases Michael playing six of his greatest hits, including Doctor Doctor and Rock Bottom, recorded live exclusively for Hot Licks. In this close-up look at the style and techniques of this truly legendary guitarist, master guitar instructor Dave Celentano breaks down and analyzes in detail the soloing techniques of this phenomenal guitar legend. In the bonus interview, Michael discusses his early influences and musical upbringing, his current gear, and the importance of creativity and individuality. Includes 48-page booklet in standard notation and tablature. 2 hours, 22 minutes. 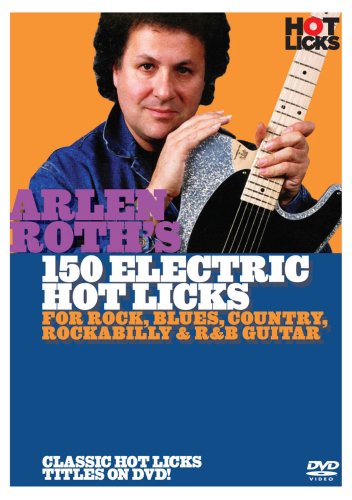 Here it is! This tape is the answer to every guitar player's dream. Not only do you learn 150 totally unique licks in an hour, but each one is carefully taught to you in detail by Arlen Roth, founder of Hot Licks Video and one of the world's finest players and teachers. All of the subtle nuances that make these licks so unique are never overlooked, as Arlen carefully covers the string bending, vibrato, slides, hammer-ons, pull-offs, and phrasing that makes Blues, Rock, Country, and Rockabilly guitar such a challenge! So warm up your fingers because this is one lesson that will have you playing burning Hot Licks right from the start, while changing the way you play lead guitar forever! Arlen Roth is one of the world's most respected and well-known player/teachers of the guitar. He founded Hot Licks in 1979 and has written twelve best-selling books. He has worked with artists such as Simon and Garfunkel, Phoebe Snow, John Prine, Don McLean, Bob Dylan, Eric Andersen, Tony Bird, and Duane Eddy, and he served as guitar coach and soundtrack creator for the legendary film Crossroads. His column "Hot Guitar" appeared in Guitar Player Magazine for ten years, and he has recorded six highly acclaimed solo albums. Booklet enclosed You'll never miss a note! All exercises are transcribed in th... 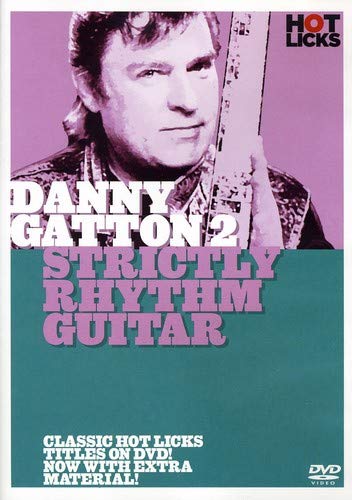 Danny Gatton presents a comprehensive study on rhythm guitar styles and technique, covering everything from blues/jazz chord substitutions, rockabily and country power chords, R&B and Motown rhythm, and even some acoustic country/bluegrass guitar ideas! Gatton shows you the rhythm parts slowly at first, before demonstrating them in a band context with Arlen Roth on lead guitar. Languages: English, French, German, Italian, Spanish. 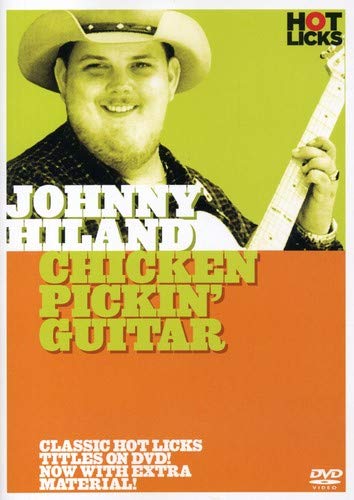 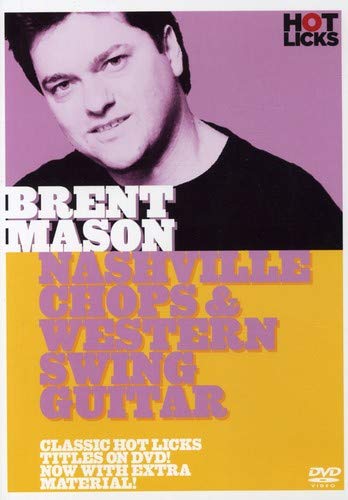 One of Nashville's leading session guitarists takes you through a dazzling array of the techniques and styles: chicken pickin' rhythm & lead, Jerry Reed style, unique bends, double stops, banjo-style licks, claw style, drop D licks, and dozens more are all demonstrated and clearly explained by Brent. A feature-packed master class for any fan of country guitar! 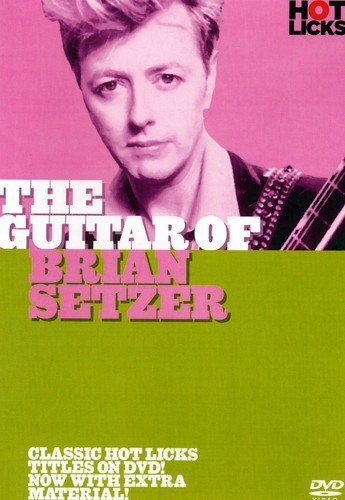 Here's your chance to get a one-on-one lesson with Brian Setzer. The Stray Cats front man demonstrates a you a whole range of rockabilly, blues, jazz, and country licks and tricks. From wild string-bending techniques to slap-echo effects, jazz and swing guitar styles, Setzer breaks everything down while making learning fun at the same time. 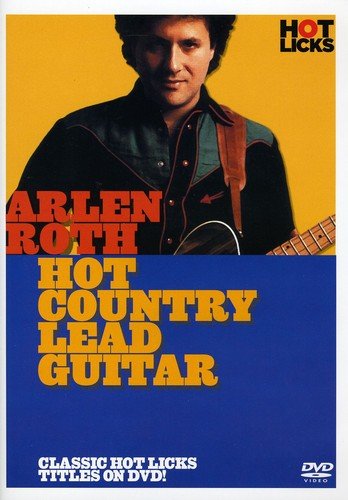 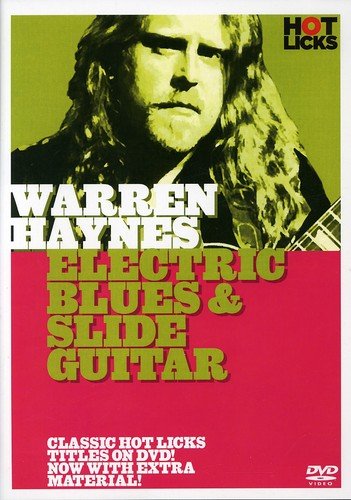 Warren Haynes, of the Allman Brothers Band, has also enjoyed an outstanding solo career as a bluesman. On this great DVD he covers a wide range of blues and slide skills and techniques, including phrasing, vibrato, string bending, and soloing as well as mixing major and minor scales, using space, and looking for blue notes within intervals. An intense and rewarding blues lesson guaranteed to improve your playing! Includes a new introduction by Jeff Golub. Jeff began his career as guitarist for rocker Billy Squier. He has recorded numerous solo CDs and is a highly valued session player and sideman, having worked with such artists as Peter Wolf, John Waite, Tina Turner, Vanessa Williams, and Rod Stewart. You'll never miss a note! You see the music and the tablature on screen as it's being played! All right- and left-hand techniques are shown in close up and with helpful split-screen effects to make learning easy. Also includes: Artist biography, selected discography, suggested listening, booklet with music examples, and more. 1 hour, 28 minutes. Languages: English, French, German, Italian, Spanish 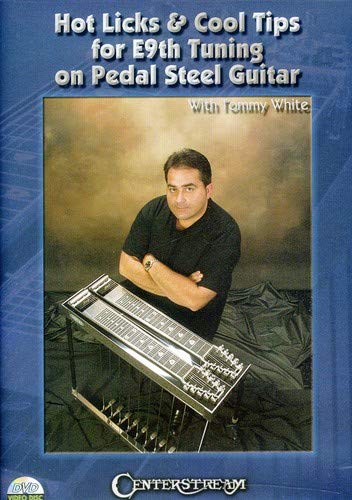 White, steel guitarist for the Grand Ole Opry, presents this course on the E9th tuning - jam-packed with hot licks to keep your fingers twisted up for days. Learn how to play speed picking runs and double stops, get great tone, and more.