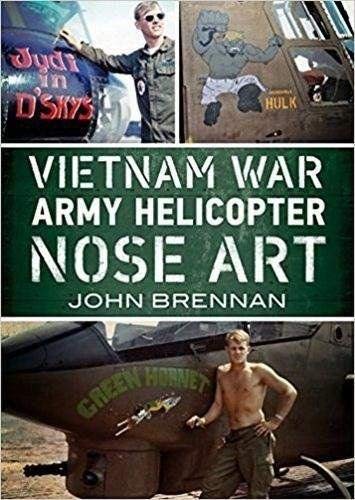 Vietnam War Army Helicopter Nose Art brings to light over 250 recently recovered Vietnam War photographs from Army aviation veterans. The vast majority of these photographs have never before been published, with them all capturing that quintessential and unmistakable American war custom of embellishing one’s assigned aircraft with personalized markings. Each is accompanied by a caption containing data particular for each featured image: helicopter name, unit, serial number, photo date, photo location, crew names, artist name, photo contributor, and anecdotal information.Against a backdrop of censorship, political correctness, and military directives to the contrary, in-country Army helicopter nose art flourished in Vietnam, and the failure to acknowledge this archetypal convention in any study of Army aviation history demonstrates a lack of respect for the personal cost of conflict.Although ‘Iron Butterfly’ may not be as well-known as ‘Memphis Belle’ or ‘Enola Gay’ from World War II, it nonetheless carried its crews into battle with just as much passion for life and sense of duty as its predecessors. We all know the ugly politics of that war; these pictures show us the human side of it. 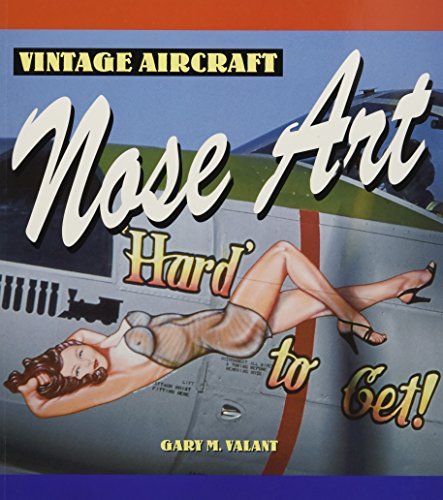 Here is an unprecendented collection of the unique art that graced military aircraft in World War II and the Korean War. Applied by amateurs or professional artists like Vargas and Brinkman, the art typically featured alluring women whose charms belied the deadly cargo the crew hoped to deliver to its targets. Hundreds of examples are shown in a combination of archival photos from the wars and current photos of artwork in museum collections. Fully captioned with aircraft type and unit assignment. 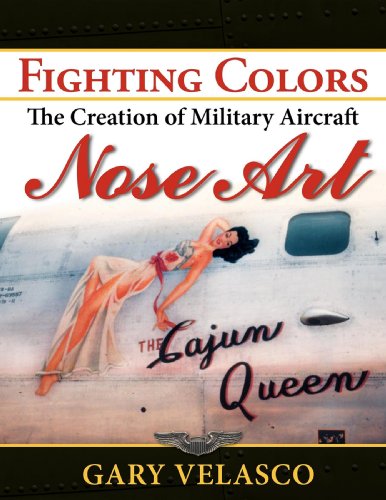 Since the early days of flight, military pilots have personalized aircraft with artistic creations, giving each plane a unique identity and aircrews a sense of pride in ""their war bird."" This comprehensive volume covers the technical aspect on how nose art was applied to vintage military aircraft, with hundreds of fighters and bombers pictured. The uses of materials, supplies, and development of nose art designs are discussed with surviving nose artists. The author examines and analyzes WWII–era photographs and reveals their content along with numerous photos never before published. Recreating step-by-step flying war bird nose art restorations is outlined for the first time. Fighting Colors is an enjoyable read for military personnel and a graphic tool for all enthusiasts of pinup and vintage aircraft nose art. 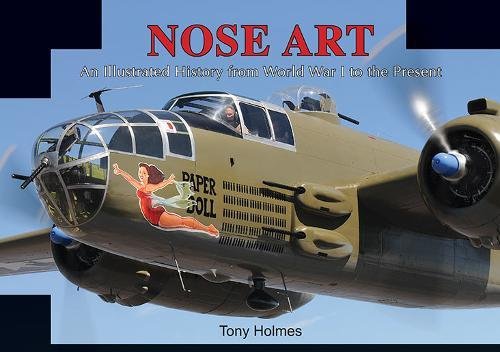 Aircraft nose art has long been a military institution. First appearing in the form of a sea monster on the front of an Italian flying boat in 1913, through WWII, Vietnam, and on to today, Nose Art catalogs and presents it all. Hundreds of detailed illustrations through the decades give the full picture of the evolution and history of these mini-murals. From early shark and tiger mouths below front propellers, to historical logos and Loony Toons characters, to the modern banning of nude pinups, author Allan Burney explores this incredible subject in detail. 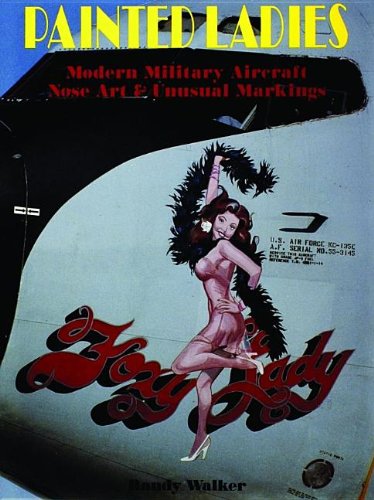 Today's nose art has become the rule and not the exception throughout the bomber and tanker fores of Strategic Air Command, and although Tactical Air Command frowns on non-standard markings of any sort, several TAC gained Air National Guard units have artwork on their aircraft. Tradition plays a large part in modem nose art. As shown in Randy Walkers' new book cartoons and sexy ladies have returned. Names like ""Memphis Belle"", ""Chow Hound"" and ""Maid in the USA"", that once went to war on B-17s and B-24s are now carried by B-52s and FB-111s, as well as many other modem aircraft. This modem nose art is often applied by a professional artist, though it is sometimes painted by members of the unit, and in the process some excellent artwork has been created. 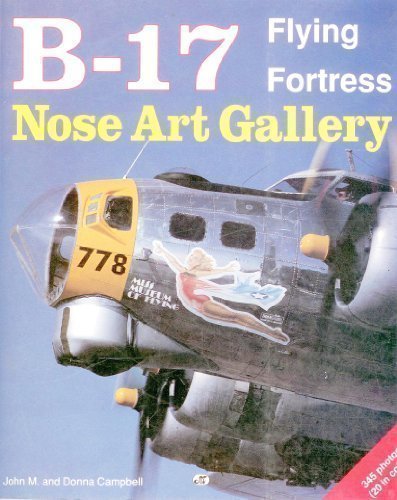 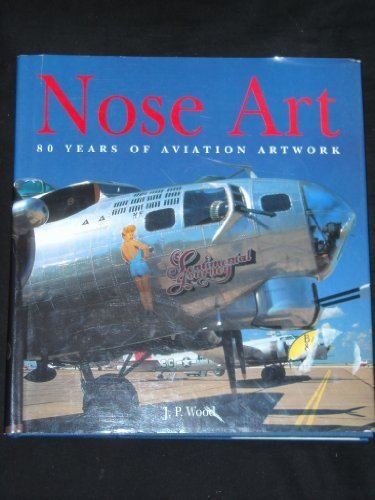 A superbly illustrated survey of unofficial aviation artwork from World War One to the Gulf War. From Mickey Mouse to the Dragon Lady, from shark's teeth to eagle's claws, this volume describes all the characters and themes used to decorate fighting aircraft from all nations. (from backcover) 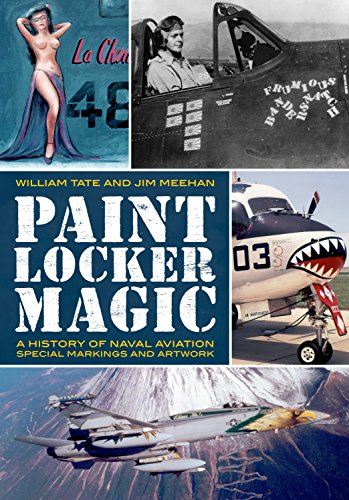 Naval aviation special markings and nose art is a field that has been largely ignored, primarily due to the lack of coverage in mainstream aviation history publications. Research into archives, feedback from veterans, and personal photographs by the authors, Jim Meehan and William Tate, have documented thousands of previously unknown individual aircraft with these markings. Paint Locker Magic: A History of Naval Aviation Special Markings and Artwork covers markings on US Navy, Marine Corps and Coast Guard aircraft over the 100 year history of US naval aviation. This fascinating and visually resplendent book includes illustrations of special markings and nose art on early canvas-covered airplanes through the World War 2 era when nose art flourished and on into the jet age, the Korean and Vietnam conflicts, and up to the present war on terror with aircraft marked to commemorate the 9-11 terrorist attacks. This coverage includes fighters and attack aircraft of the carrier navy and the patrol aircraft, transports blimps, research and test aircraft and helicopters. Markings include personal nose art and pinups, shark mouth and similar markings, cartoons depicting special missions, Christmas and similar markings and tributes. 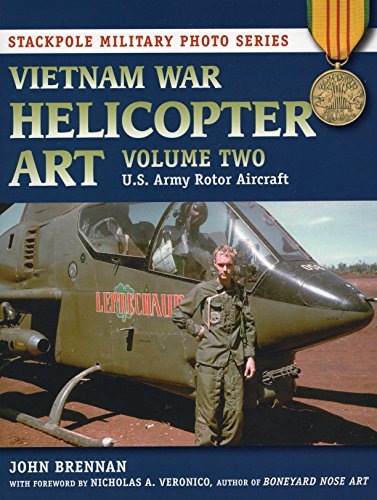 Hundreds of unique color photos showing how soldiers decorated their helicopters during the Vietnam WarIncludes stories and anecdotes from pilots, crews, and artists, focusing on how helicopters got their names and how the artwork was createdWill appeal to Vietnam veterans, modelers, military and U.S. history buffs, and fans of modern American folk art and pop culture 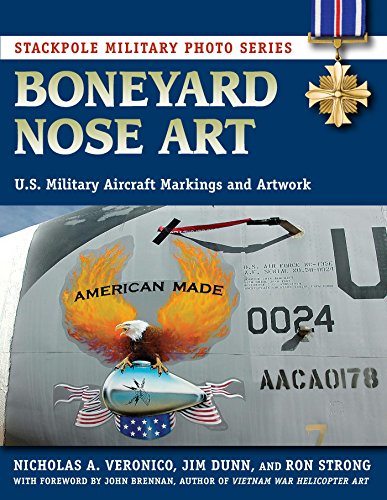