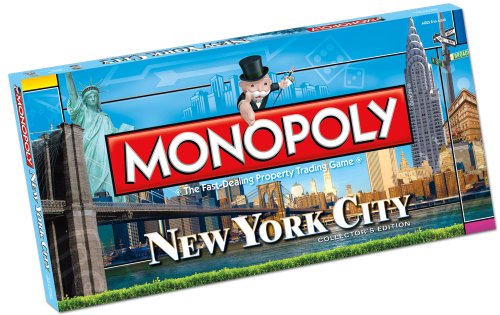 Monopoly New York CityExperience the high energy, cosmopolitan culture, and grandeur of the big apple as you play this special edition of the world's most popular board. Monopoly game. Monopoly, New York city. Game comes complete with six custom tokens shopping bag, big apple, hot dog, luggage cart, statue of liberty and taxi. Buy, sell and trade New York'sgreatest landmarks in a quest to own them all, wheel and deal carnegie hall, the empire state building, yankee stadium, wall street and central park.Recommended Ages:2 and up 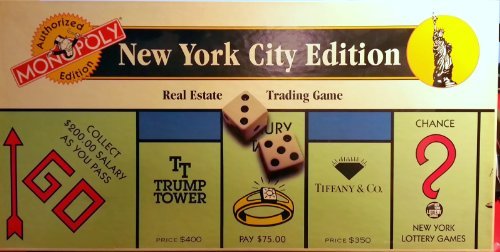 Capture the excitement and feel the energy of New York City from Grand Central Station to Central Park, from FAO Schwarz to American's premier public television station Thirteen/WNET Travel around the game board buying, selling and trading some of the most valuable real estate in the world

Late for the Sky New York 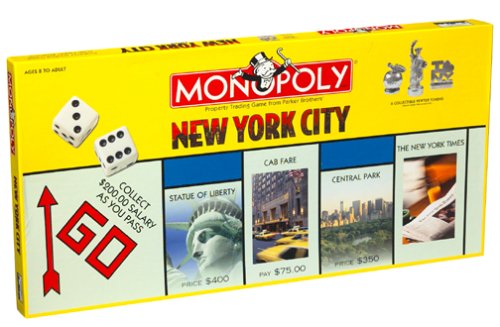 If you can make it here, you can make it anywhere. This fabulous NYC Monopoly game takes you uptown, downtown and every famous and infamous place in between. Actually buy and sell your favorite NYC locations. This completely customized game comes complete with 6 collectible pewter tokens. Perfect for those who want to rule the world. 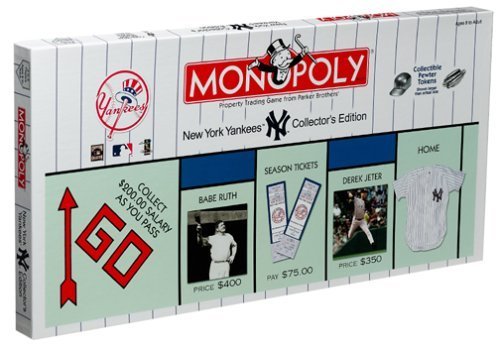 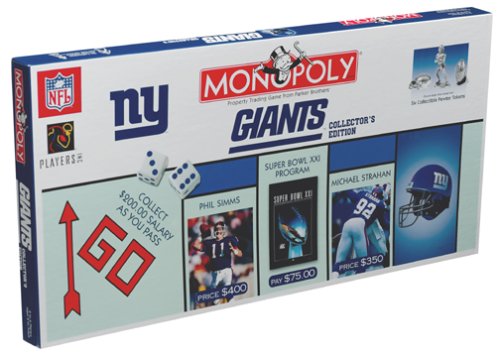 The New York Giants and Monopoly have teamed up to create the ultimate fantasy game for true-blue fans of all ages. Buy, sell, and trade your way through the great historic moments and players throughout Giants history. It comes complete with six collectible pewter tokens. The perfect gift for a die-hard Giants fan. 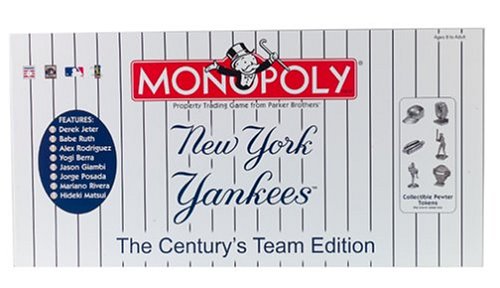 Mr. Monopoly hits one out of the park in the YankeesTM collector's edition of the MONOPOLY® game. With 39 American LeagueTM Pennants and 26 World Series® Trophies under their belt, a record in both cases, the Yankees set the bar for every other ballclub in Major League Baseball® Fans of the Bronx BombersTM can buy, sell and trade all-star Yankees players like Derek Jeter, Mariano Rivera and Alex Rodriguez - as well as some of the newer Yankees players like Robinson Cano and clean cut Johnny Damon. Includes six collectible pewter tokens: Yankees cap, batter, pitcher, ball in glove, World Series trophy and catcher's mask.