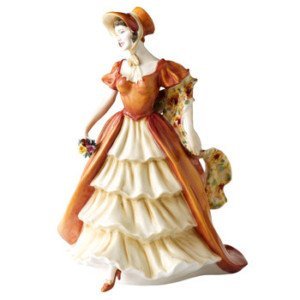 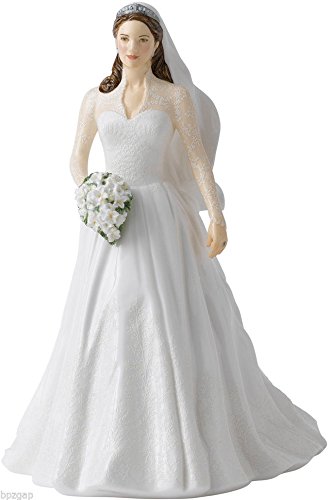 The Wedding of Prince William, Duke of Cambridge, and Catherine Middleton took placeon the 29th of April at Westminster Abbey in London. Prince William Second in the line of Succession to Queen Elizabeth11, first met Catherin Middleton in 2001, when they were both Studying at the University of St Andrews. Their Engagement was announced on the 16th of November 2010. Catherin wore a white dress with a 270-centimetre train, by British designer Sarah Burton, as well as a tiara lent to her by the Queen. Prince William wore the Uniform of his honorary rank of Colonel of the Irish Guards. Williams best man was his brother, Prince Harry, while the brides sister, Pippa, acted as her maid of honour. Modeled by Neil Welch, this stunning bone china figurine commemorates the April 29, 2011 Royal Wedding of Catherine Middleton to Prince William. Standing 9 inches tall and featuring intricate hand-decorated details of her historical wedding gown, this figurine will forever remind you of how the world 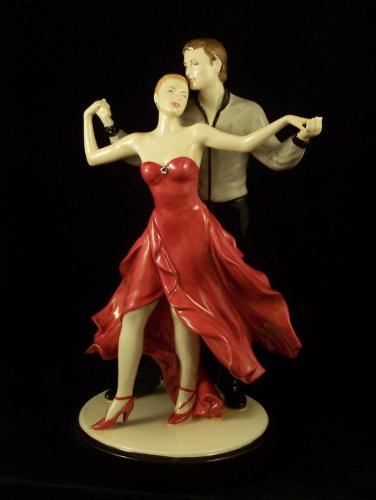 Royal Doulton Prestige - Shall We Dance

All eyes are on this couple taking the floor they are a dramatic, spellbinding study in modern dance, the man's supporting stance and subdued hues forming the perfect backdrop to the lady's elegant poise and flowing scarlet dress. What's more, the freeze-frame composition of this potent pairing is made true-to-life by the tellingly slick colours of Tom Mason's decorative design. Royal Doulton's limited production Prestige figures exemplify the highest quality, craftsmanship, and artistry in figure making. More than just collectables, Prestige figures are genuine works of art that can take months to create and decorate in detail. Each piece is handmade to order by the Royal Doulton artisans in England. And each and comes with a certificate of authenticity.-----box shows some scuffing and light signs of storage distress-----For International Purchases please contact us for a accurate postage quote to your destination 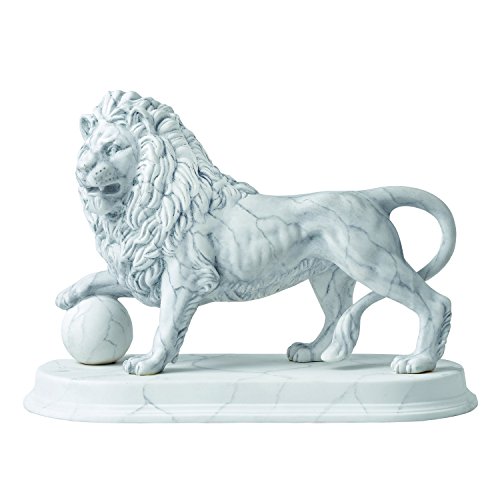 The lion is a symbol of strength and pride and this figurine is based upon the statue at lion's mound at the site of the battle of waterloo in 1815. Modeled in the UK by Andrew Edwards, the masterful sculpture of the lion's mound is inspired by the monument built by the king William I of the Netherlands to mark the spot where his son, who became king in 1840, was injured. Royal Doulton's master painters, Chris Jackson and tom mason, have developed a distinctive decorative look for the lion mound, using a historic technique called scrumbling to create a marble effect for the sculpture. In this process the surface of the lion is flooded with ceramic color and the pigment is pushed into the deep creases of the model. Excess pigment is then carefully removed with a large brush to leave a soft hue over the body of lion with deeper shades in the folds. Jagged lines are painted on with a brush and the detail is then worked with a special oil to disperse the color so that each line softly fades away. Every lion will be painted by hand in this manner so the decorative detail on each sculpture in the edition of 1,000 will be unique. 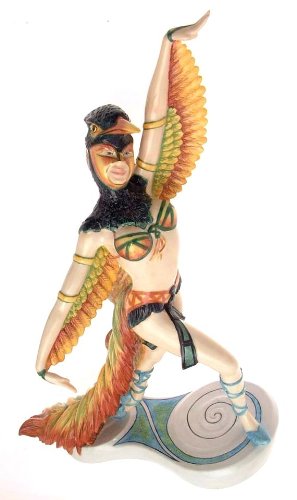 A stunning Royal Doulton Prestige figure from the Carnival Collection - this one being Chiquita, HN5133. Designed by Shane Ridge. Individually numbered and hand modelled and painted in England, rather than in the far east as the standard figures are now. A large figure at approximately 35cms high. 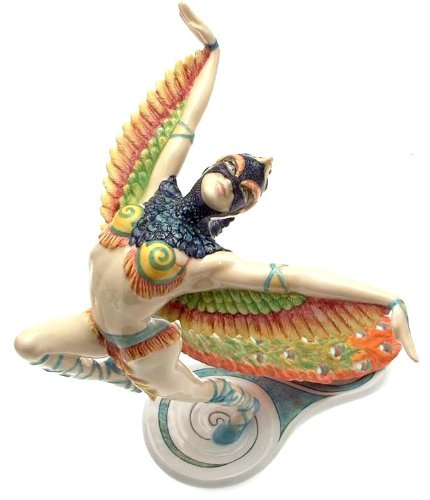 A stunning Royal Doulton Prestige figure from the Carnival Collection - this one being Bonita, HN5132. Designed by Shane Ridge. Individually numbered and hand modelled and painted in England, rather than in the far east as the standard figures are now. A large figure at approximately 31cms high. 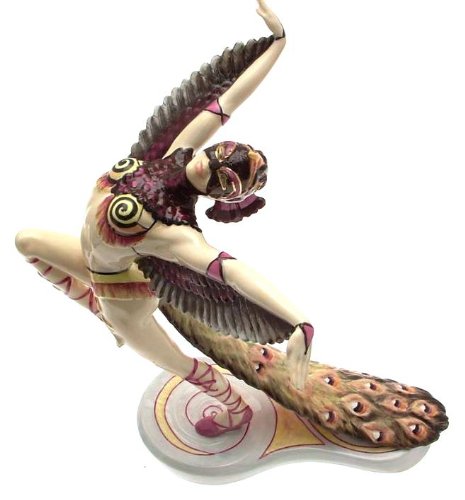 A stunning Royal Doulton Prestige figure from the Carnival Collection - this one being Lola, HN5134. Designed by Shane Ridge. Individually numbered and hand modelled and painted in England, rather than in the far east as the standard figures are now. A large figure at approximately 32cms high.