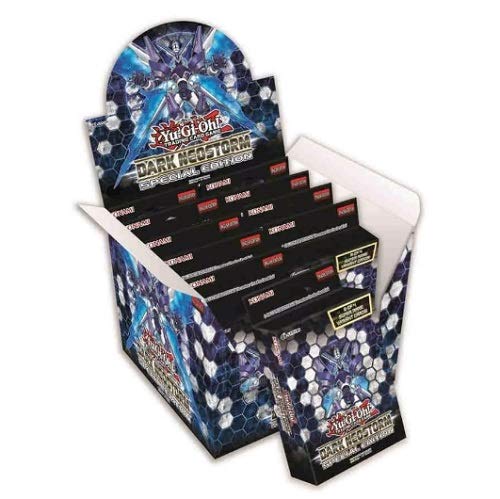 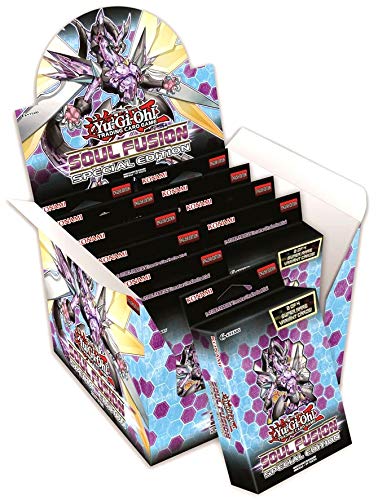 Soul Fusion Special Edition is jam-packed with value! Not only does it include 3 booster packs of Soul Fusion, each box is guaranteed 1 of 2 Super Rare variant cards, as well as 1 of 2 Super Rare preview cards of non-foil cards from the upcoming Winter 2019 booster set!Past and present collide in Cybernetic Horizon, the first 100-card booster set of the 2018-2019 Dueling season! This set modernizes popular themes from the Yu-Gi-Oh! GX, 5D's, and ZEXAL eras, provides brand-new Link Monsters, an 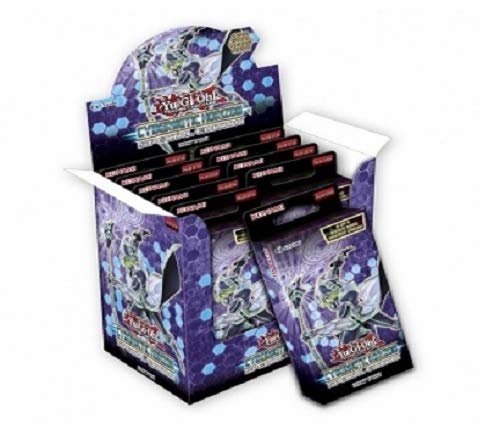 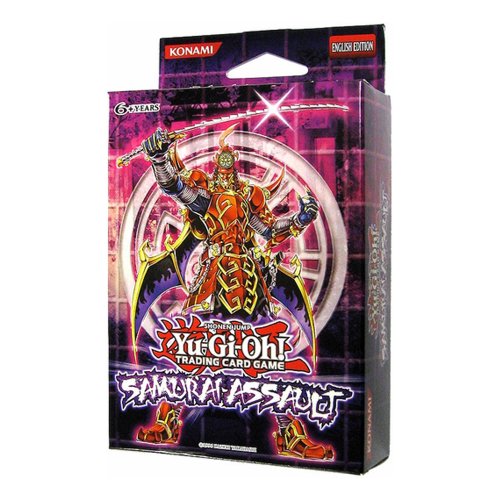 The Six Samurai are one of the most powerful Decks in years, and the booster packs that introduced them are available again for a limited time in Samurai Assault. Players can combine the Samurai cards they get from Samurai Assault with more Six Samurai cards available in Extreme Victory booster packs and in the Legendary Collection 2: The Duel Academy Years Mega-Packs. each pack containing 1 pack of Strike of Neos, 1 pack of Crimson Crisis, 1 Pack of Storm of Ragnarok, and 1 Super Rare Elder of the Six Samurai. 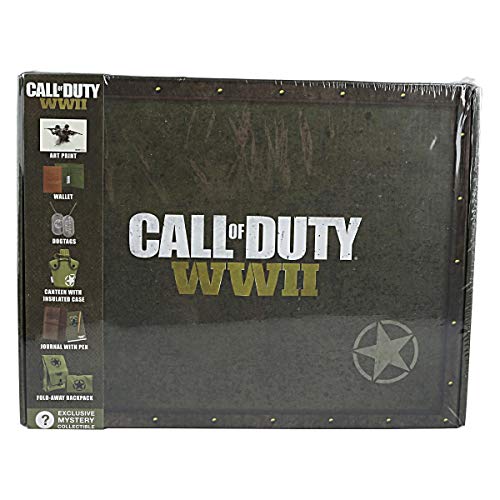 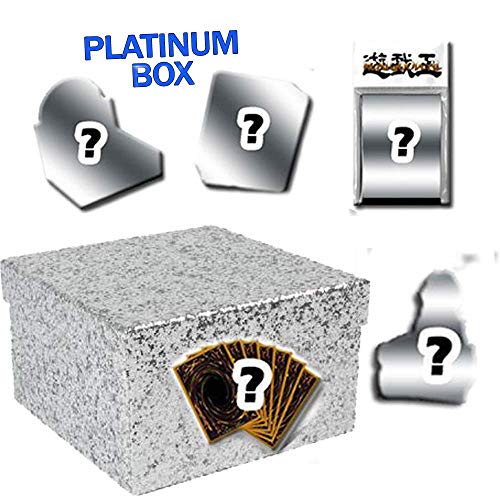 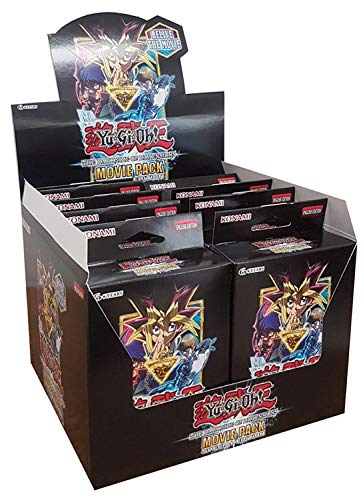 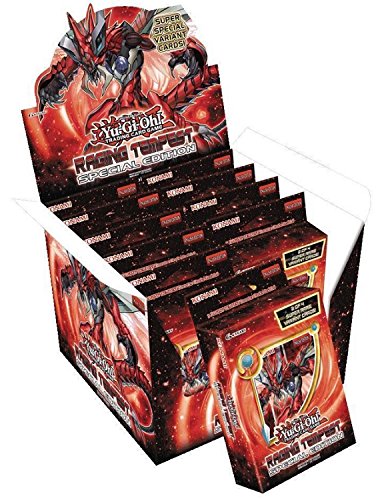 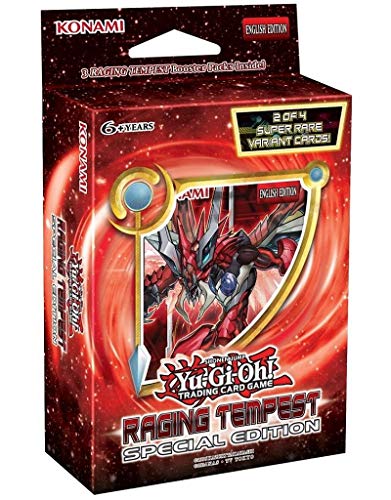 Raging Tempest Special Edition. Each box of Raging Tempest Special Edition comes with 3 booster packs of Raging Tempest, plus 1 of 2 foil version preview cards from the Spring 2017 booster PLUS 1 of 2 Super Rare variant cards!With Raging Tempest, Duelists can look forward to a set filled with great new cards for a variety of themes like SPYRAL, Ancient Gears, Subterrors, Crystrons, Shaddolls and more. Raging Tempest also has many powerful standalone cards that can be used in many different Decks, from a new card in the extremely potent Virus series that began with Kaibas Crush Card Virus to a gargantuan Crystron monster that can reset reality! In addition to this slew of support for existing themes, Raging Tempest also starts off three new themes!- The Zoodiacs are a new team of Beast-Warriors that redefine Xyz Summoning! Any of the 4 Xyz Monsters in this theme, like Zoodiac Broadbull and Zoodiac Boarbow, can be Summoned using any 1 other monster from the theme even if its not an Xyz Monster! This is a great theme for creative Duelists who like to invent new strategies for Summoning the biggest, toughest monsters possible!- Shinobaroness Peacock and other Shinobirds conjure gale force winds to blast your opponents cards back to the hand or Deck! These powerful Spirits are Ritual ... 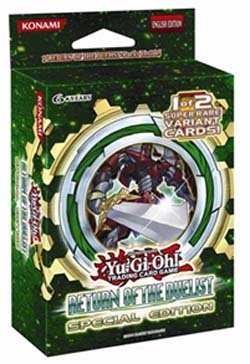 Konami Digital Entertainment, Inc is proud to bring you Return of the Duelist SE. Special Editions give Duelists a great value, combining 3 packs of the latest YuGi-Oh! 5Ds TRADING CARD GAME booster release with 1 of 2 hard-to-find variant cards. In addition to 3 packs of Return of the Duelist, each Special Edition box will contain a special championship level foil card sure to make a lucky Duelists day. 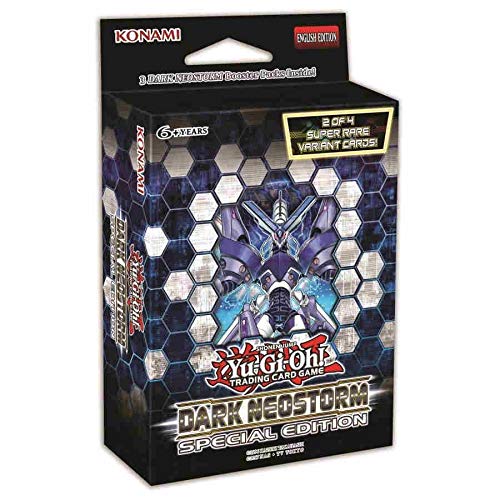 Spearheading the return of Xyz Monsters are the Super Quantum mecha pilots! These heroes are joined by a mysterious masked Super Quantum pilot clad in white! This pilot has their own Super Quantal mecha that negates monster effects and can join up with other monsters to form a new Link Monster variation on Super Quantal Mech King Great Magnus. Meanwhile, all the major players in the battle over the World Legacies have gathered, and Armageddon is nigh! World Chalice, Krawler, Mekk-Knight, Crusadia, Orcust, and Guardragon all make an appearance in Yu-Gi-Oh! TRADING CARD GAME Dark Neostorm alongside a brand-new Knightmare that can wipe the field clean of Link Monsters!Features: 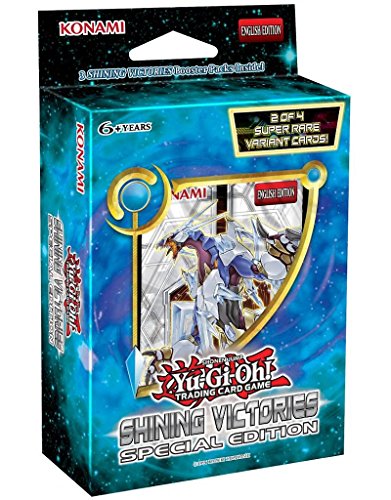 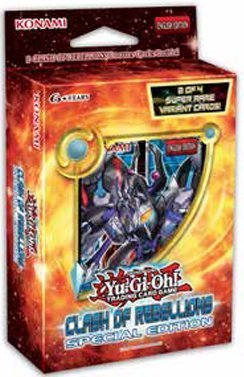 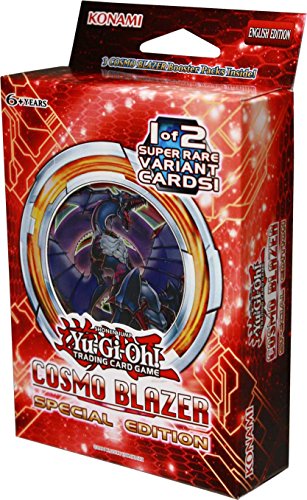 Special Editions give Duelists a great value, combining 3 packs of the latest Yu-Gi-Oh! TRADING CARD GAME booster release with 1 of 2 hard-to-find variant cards. In addition to 3 packs of Cosmo Blazer, each Special Edition box will contain a special championship-level foil card sure to make a lucky Duelists day. Great value and excellent content will make the Cosmo Blazer Special Edition a must-have for players of all skill levels.Duelists will also want to pick up this second offering of Cosmo Blazer because of this booster set's great synergy with prior and upcoming releases! 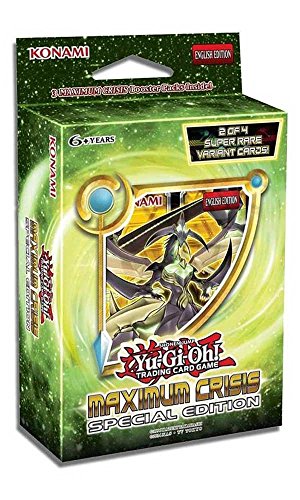 Each Special Edition box contains: 3 Maximum Crisis Booster Packs, 1 of 2 foil preview cards of non-foil cards from the Summer 2017 booster set, and 1 of 2 variant foil cards! Pendulum Summoning will undergo its final evolution in Maximum Crisis with a pair of Pendulum Monsters with Scales of 0 and 13, opening up the ability to Pendulum Summon monsters of any Level in any Deck! But thats not the only type of Summoning thats evolving. Following up on Februarys Fusion Enforcers set, Maximum Crisis introduces a new Fusion Summoning Spell Card that lets you keep your Fusion Monster while giving back the monsters you just fused together! In addition, Duelists can load up on cards that boost Decks and themes from Fusion Enforcers, Raging Tempest, the Pendulum Domination Structure Deck, Invasion: Vengeance, The Dark Illusion, Shining Victories, Wing Raiders, the Master of Pendulum Structure Deck, High-Speed Riders, and more! With two guaranteed variant foil cards in each Special Edition box, plus the 27 cards from the 3 booster packs, Maximum Crisis Special Edition is a great way to power up your current Deck, or build a whole new Deck, for less than it would cost to buy 3 individual booster packs!